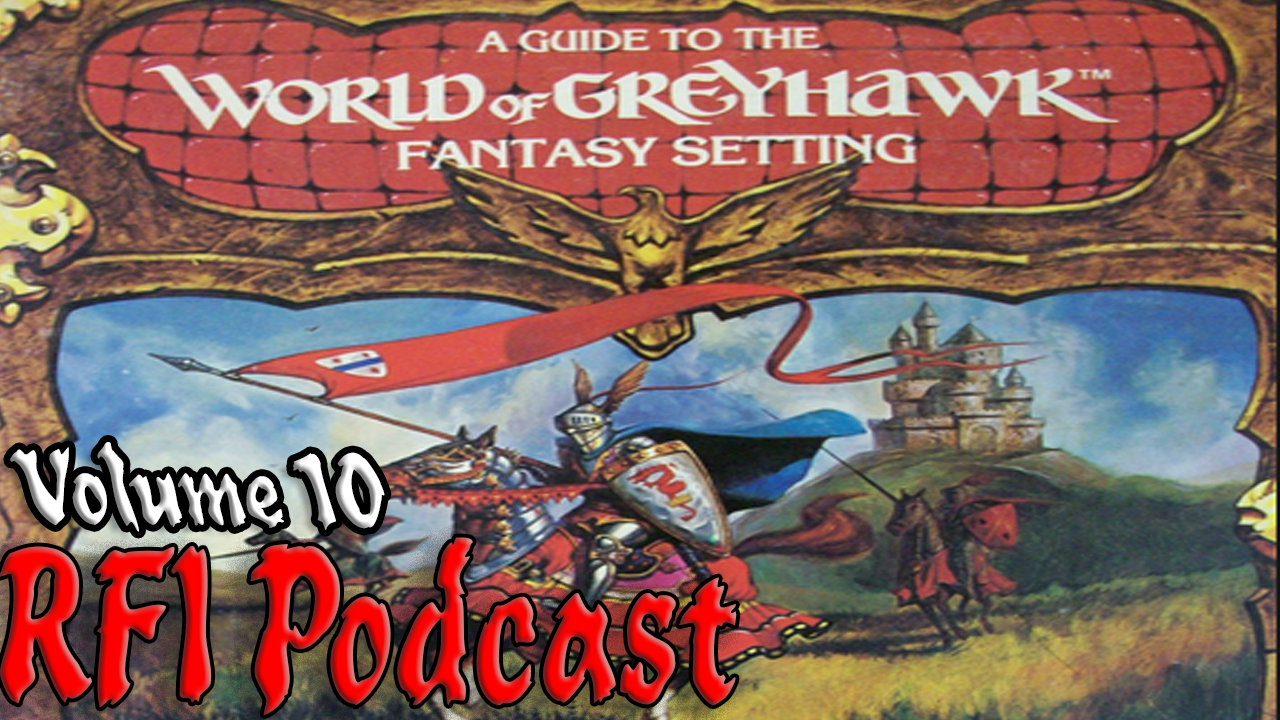 Welcome back to the RFI Podcast, where we are kicking off our 10 years on the air celebration with a setting primer, Greyhawk! Listen in as the boys talk about what you need to play Greyhawk, things you should read if you want to really dive into it and sound off on some lesser known trivia facts. All this and more!

Gord The Rogue Series by Gygax